I implemented an integration flow that involves SAP HR ECC6 as source system and Microsoft Active Directory as target system. As you know, I love working with BizTalk but this time I decided to use FIM. Therefore, I used the new SAP Connector for WebServices to access SAP system.

I followed the instructions reported in the MS document named “Connector for SAP.docx” available at http://www.microsoft.com/en-us/download/details.aspx?id=29943 address, and I managed to complete the procedure on SAP side.

Once the procedure has completed, you may discover that the BAPI required by the SAP accelerator workflow are not available. This because the needed BAPI belong on different function group on SAP system and by default you cannot group into a single web service.

My lab environment includes a SAP server, a FIM server and an Active Directory server with the following characteristics:

First of all, I asked the SAP team to split BAPI web method in different web services, I subsequently modified the workflow of the accelerator to make sure that the calls were referring to the new addresses.

The customizations have been made in order to run the “full import” task and to execute test during initial agent setup. Other workflows have been ignored because they are not needed for my project.

Of the available BAPI I reconfigured only the following one: 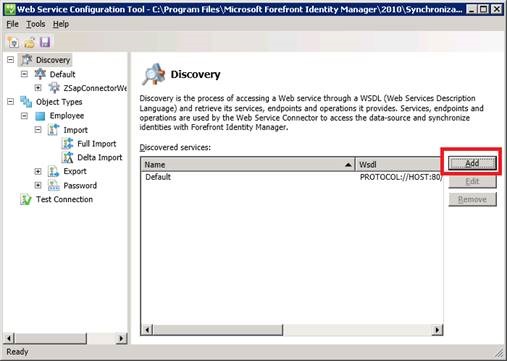 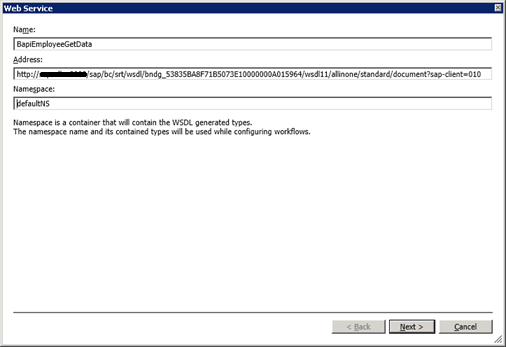 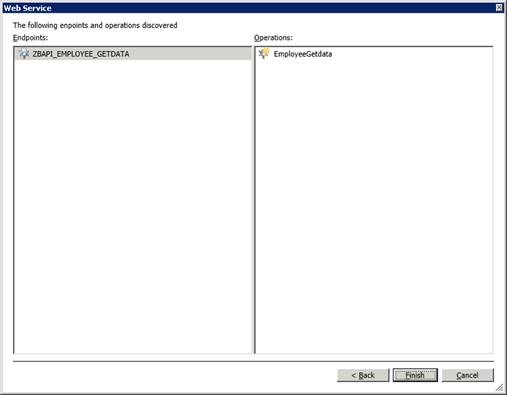 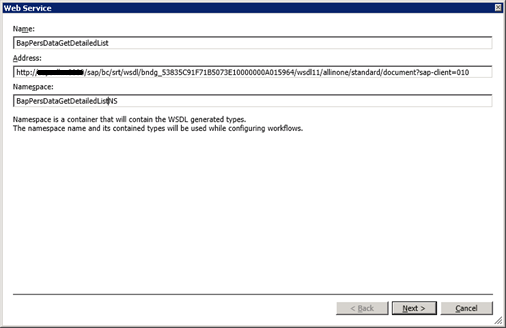 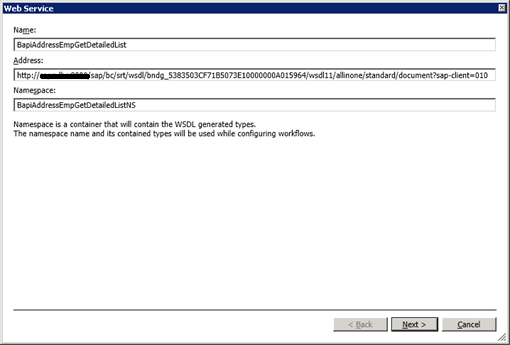 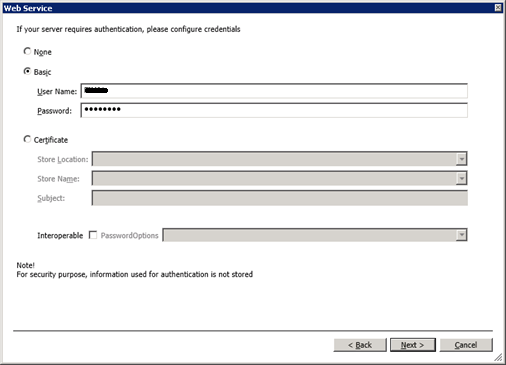 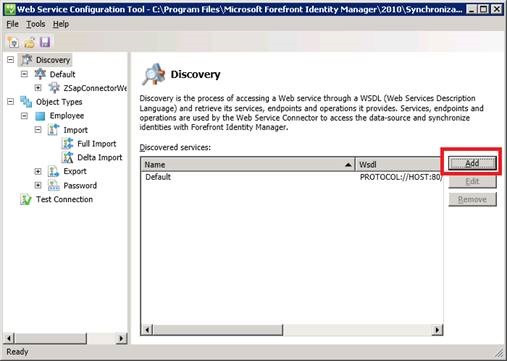 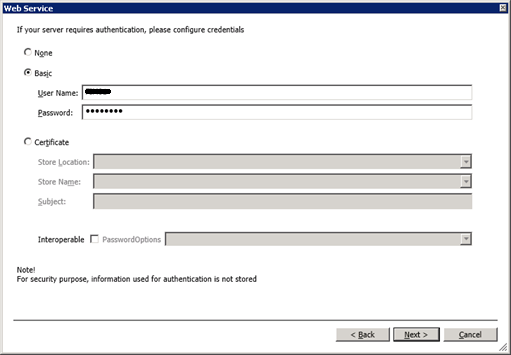 When the procedure is completed, you should have a situation like the one shown in the following figure:

The steps taken above has determined a change to the data types and attribute names.

For example, in the following picture you can see the old definition.

I have selected the variable and used the properties window and changed the references. 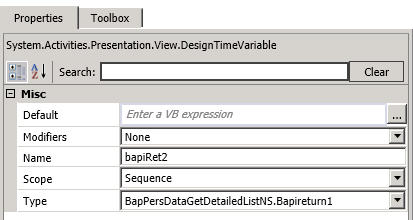 Note: during replacement, you may lose the arguments specification so you have to resubmit them. In addition, some attribute names are different, typically in the new call there are no underscore characters (FSTNAME_M -> FstnameM).

After the reconfiguration of the calls, you need to modify the names of the changed attributes, add or change the namespace to variables that refer to the return structure of the BAPI and object types that refers to the old namespace.

The workflow for the test is much simpler, but the same principle should be applied.

As final step, you have only to configure the connection to Active Directory, but this is a different and simpler story.